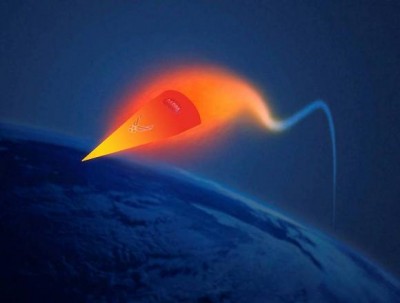 On Tuesday the Defense Advanced Research Projects Agency (DARPA) tested a new design, the HTV-2. The HTV-2 is classified as a hypersonic glider. To get it up to its extreme target speed of Mach 20, it is first launched to the edge of space aboard a Minotaur IV Lite solid fuel rocket.

via DailyTech – U.S. Hypersonic Glider Sets a World Record of Mach 20, Then Crashes.