Los Angeles, CA – The latest In the ongoing dialogue between the People’s Republic of China and DPRK state media on May 5 (Beijing time).

China is always devoted to achieving denuclearization of the Korean Peninsula, maintaining peace and stability on the Peninsula and promoting dialogue and consultation. 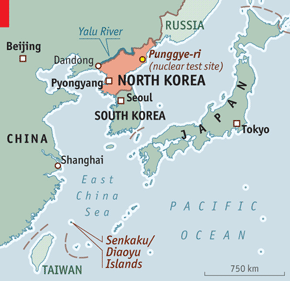 This is in response to the official KCNA statement May 4th:

China should acknowledge in an honest manner that the DPRK has just contributed to protecting peace and security of China, foiling the U.S. scheme for aggression by waging a hard fight in the frontline of the showdown with the U.S. for more than seven decades, and thank the DPRK for it.

That message was followed by this little gem:

the DPRK will never beg for the maintenance of friendship with China, risking its nuclear program which is as precious as its own life, no matter how valuable the friendship is.

And for the grand finale:

China had better ponder over the grave consequences to be entailed by its reckless act of chopping down the pillar of the DPRK-China relations.

Sounds like a spoiled rich kid throwing a temper tantrum.

EDIT: As a former rich kid, I would know.