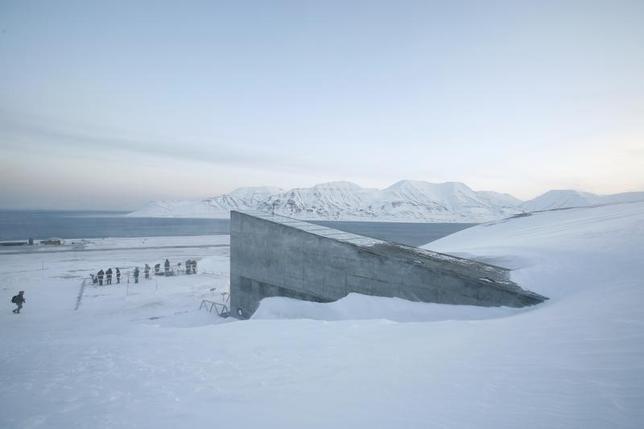 That’s kind of heavy, when you think about it.

Syria’s civil war has prompted the first withdrawal of seeds from a “doomsday” vault built in an Arctic mountainside to safeguard global food supplies, officials said on Monday.